J. H. Skerman (1964) was a long serving Life Patron (approximately 28 years) whose generosity in providing trophies probably will never be matched. Donated trophies from 1952 until the last recorded in 1993. Passed away in 1972 aged 96 years old.

Joan Gibson: (1978) Proposed as an Honorary member. Passed away noted in the Minutes 1993. A great contributor to the activities of the Horticultural Society.

Peg Burnett (1988) was, for many years, responsible for the deign and execution of the Floral Carpets,

Edna Hawkins (1989) filled many roles, including thirteen years as Treasurer and two terms as President.

Thalia Skerman: (1994) Daughter of J H Skerman the original Patron. Thalia held multiple positions and it was common to hear, “Oh, that came from Thalia’s garden!”

Marie and Annie Cassells (1994) were members of the Society from the time of the completion of the new School of Arts building (1957) until the time of their nomination in 1994 as Life members, a total of 30+ years.

Eileen Harrison: (1998) Secretary and in later years was well loved for doing the Bird of the Month segment.

Ivy Cox: (Nor sure) Served as Publicity Officer, Library Officer, Vice President and Treasurer over a period of many years.

Jo Tedman (2010) organised the Club raffles for 20+ years and served on the Autumn Fair Management Committee.

Pat Powell (2010) assumed the role of President of the Garden Club in 1993.A feature of Pat’s Presidency was her nomination of flower for the years she was President, in 1994 it was the Tree Dahlia and in 1995 it was the ‘Green Ice’ miniature rose.

Norma McLeod:  (2010) Membership Secretary, Club Hostess, Vice President, Treasurer for 4 years, commended for her Christmas Cake and her ability as a flower steward and judge.

Di Hall(2015) was President and Floral Carpet convenor for many years. Di is first mentioned in the Club minutes in October 1998. Di Bus Trip convenor in 1993 and often introduced the guest speaker at meetings.

Molly Cock (2017) was responsible for the introduction of the Club quarterly Newsletter “Snippets” which first appeared in 2002.

Lisa Plucknett (Not sure) is the Maleny Garden Club Poet Laureate and an accomplished violinist, who along with her husband, specialises in a water-wise garden.

A total of 200 years of commitment to the local community was on show at a gathering of Life Members of Maleny Garden Club at Witta. 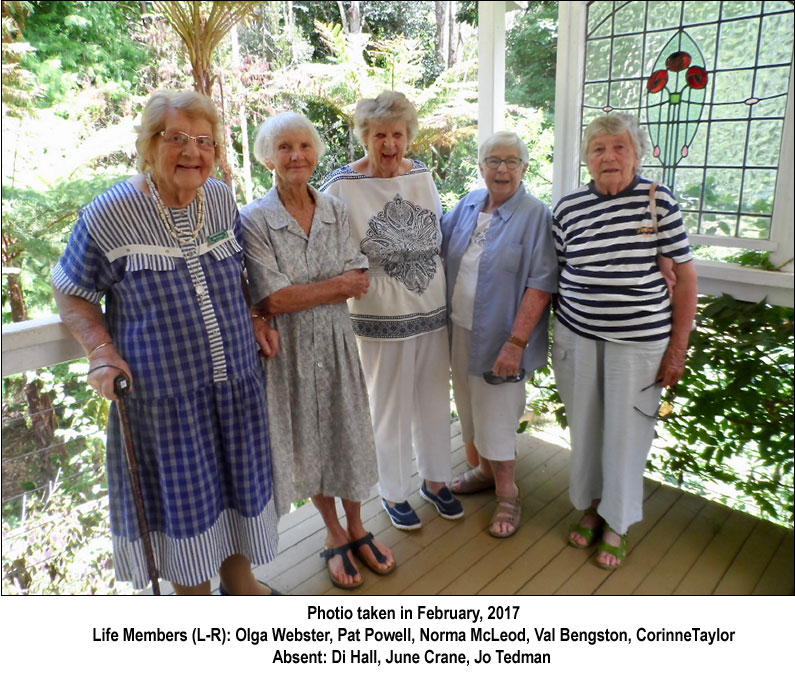 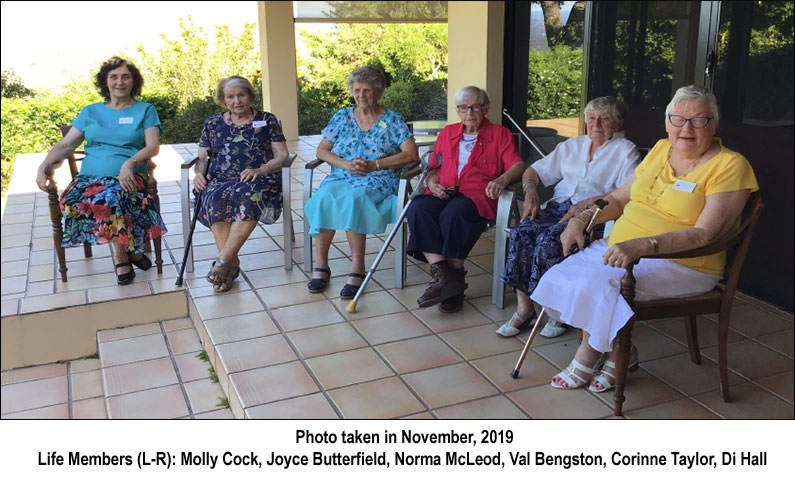 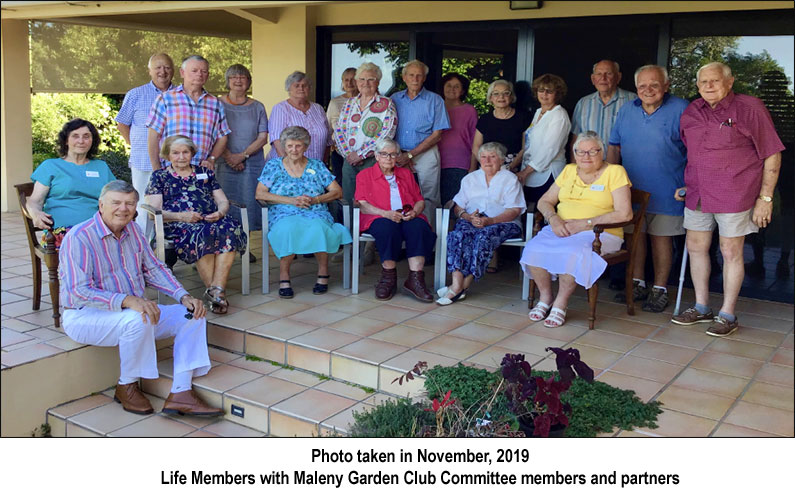