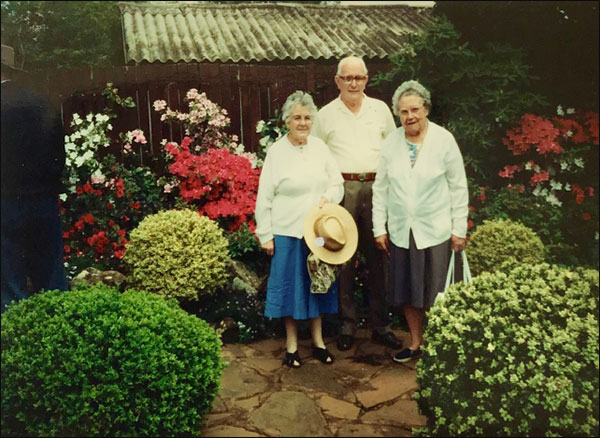 Marie and Annie were members of the Society from the time of the completion of the new School of Arts building (1957) until the time of their nomination in 1994 as Life members, a total of 30+ years.

In their words…After the new School of Arts building was opened in the 1950’s a Ladies Committee was formed and Marie and Annie were members. When it came to the Flower Show in aid of the School of Arts it was decided to hold a stall during the Show to help boost the funds. The majority of the ladies on the Committee were also members of the CWA and even in those early years they did the catering for the shows. We were fairly new members of the Horticultural Society and so on the day of the Show our help was not required so we helped to man the “Work Stall” as it was called which provided much the same goods as our stall today. This went on for some time until the lapse of the Committee and for quite a few years then they were mainly flower shows apart from the sale of pot plants. We think the stalls were reintroduced when Muriel Hitchings was President and they have certainly been worthwhile. We progressed to other jobs in the Society and have happy memories of gardens and shows, and of many friends we have made during this period and so we just want to say ‘Thank You’ for the memories and the honour bestowed on us.

This shows that the Club honours those who often take a back seat and don’t seek office, just get on with whatever is asked of them.