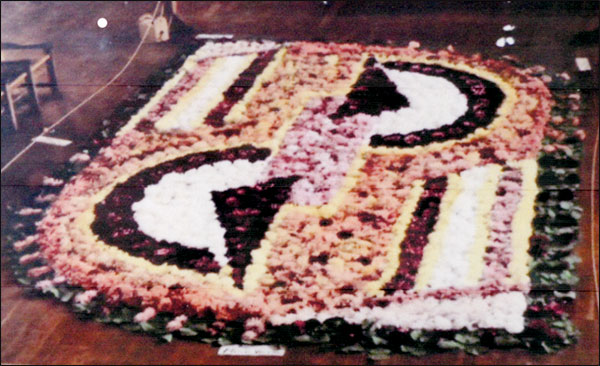 Floral Carpet at the Dahlia Show
At the Dahlia Show in Maleny on Friday last the exhibit that commended admiration was the exquisite carpet which was exceedingly prominent in a full floral display that captured the appreciation of a large number of patrons in the Soldiers Hall. The function realised a profit of £126/6/6 donated to the School of Arts Building.

Overall Results of the Flower Show

This is all after a cyclone had torn through the area dumping 28” of rain [approximatly 720mm] in a few days.

The third Annual Meeting and Election of Officers was held in the Church of England Hall.