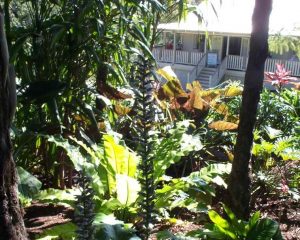 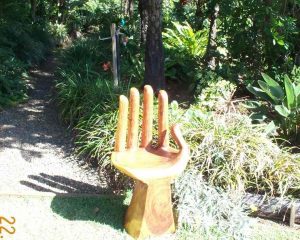 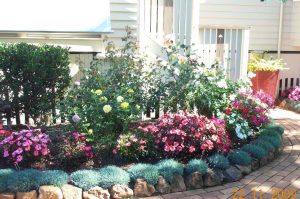 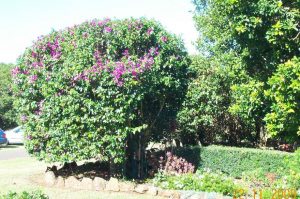 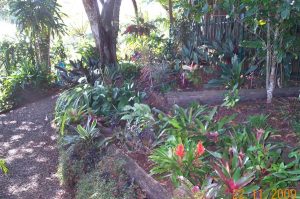 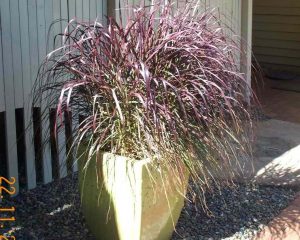 Marlene and I came to this property in May 2004. The main house is a Queenslander built in 1926 with other additions completed during the early nineties. The cottage replicating the main home was built in 2006. The house and cottage are situated on 20 hectares – 13 hectares of rain-forest on the south west slope and 7 hectares of semi -tropical gardens.

The first stage of a board walk into the rainforest is now completed.

The existing garden area was originally, mainly covered with macadamia trees. These trees were used by the University of Queensland in the early days for the collection of genetic material for the improvement of the macadamia species in Australia and overseas.

This historic home was once owned by novelist Eleanor Dark. During her seven years in Montville in the early fifties, she wrote the novel “Lantana Lane” based on the humorous goings-on and characters in her neighbourhood.

The majority of the macadamia trees have now been cleared away and gardens with suitable pasture have been added. Water has always been a problem. The two bores have run dry so four 10,000 gallon concrete tanks have been constructed to help out.

The garden consists of mature plantings of poinciana, frangipani, palms and tree ferns. With careful selection we have added plants such as variegated trachelospemum repens and perennial dianthus for edgings. Potted pandanus, yuccas and cordylines add to the overall setting. Photinia sasanqua and syzgium hedges have been added in recent times.

Clivias, hippeastrums and day lilies add colour when in season and a number of deep purple bougainvillea spheres are evidence of early pioneering days.