Floral Carpet theme – Olympic Games and Gardens of the World 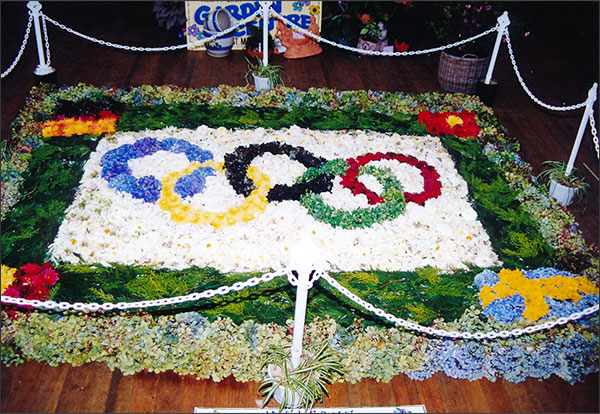 Autumn Flower Show: An extensive discussion was held on the Flower Show plans. Shirley Hollonds, in the absence of Margaret Stevenson, outlined plans in progress. Problems have arisen with the availability of the huge number of white flowers needed for the Olympic Flag, our Floral Carpet theme. It was suggested white material be used for the background in lieu of flowers. The theme was Countries of the World with a centrepiece of the Olympic flag as a floral carpet. There will be displays depicting gardens from other countries.

There will be the usual stalls of produce, cuttings, handicrafts, plants, cake jams etc.

Shirley Hollonds, joint Autumn Show co-ordinator, spoke of progress plans for the event. The tropical garden to be a Fiji garden. Shirley called for volunteers for the final garden.

Alan Webster Patron Trophy: Members were reminded that the Alan Webster Trophy is available each year. It was decided this be awarded to the overall monthly floral competition winner. The new schedule for this competition to be available for distribution at this month’s General Meeting.

Life Member Presentation: The President had the happy task of presenting Life Membership badges to Anne Jeremy and Maisie and Annie Cassells. Anne Jeremy spoke of the many years of pleasure her membership had given her. These members have each been with the Club in excess of 20 years.

Open Gardens as Part of the Autumn Flower Show: At present Brian & Joyce Butterfield’s garden will be opened and possibly Pat Powell’s. When finalised maps will be photocopied for visitors on the day. It was suggested a donation box be placed at the entrance to these gardens.

Colin Campbell to be contacted to announce the Autumn Fair on his radio program.

Generous contributions to Maleny charities have been made by the Maleny Garden Club over the past ten years. The total amount is $46,382.90. This does not include profit from the recently held Autumn Flower Show. The members presented a very spectacular show Gardens from Around the World. A big ‘Thank You’ to members of the Community who willingly supported our Club by lending artefacts which helped to add an authentic touch to our displays.While friends and members showed their talents doing handcrafts to entertain our guests e.g. pressed flower cards, paper tole, crossed stitch, quilting, tassel making and floral art. Thank you to Colin Campbell, Horticulturist, for his willing help and expert advice to our many guests. Thank you to the Maleny business houses for their continued support: IGA Foodstore, Queensco, Nagy’s, Beechwood Bakery, Maleny Butchery, Maleny Bakery, Range News, Colin Campbell, Range Country Nursery, Range Hardware and Nursery, Ross Mostyn Hairdressing Salon, Maleny Landscape Supplies, Patrina and last but not least to all our hardworking members who, in their way, contribute to making this a great success. Congratulations to the raffle winners. Members draw, Norma McLeod and Margaret Stevenson. 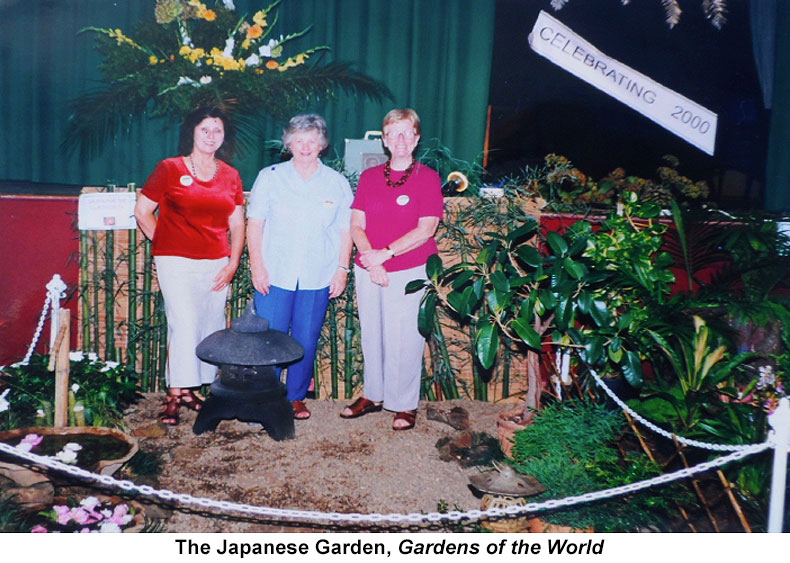 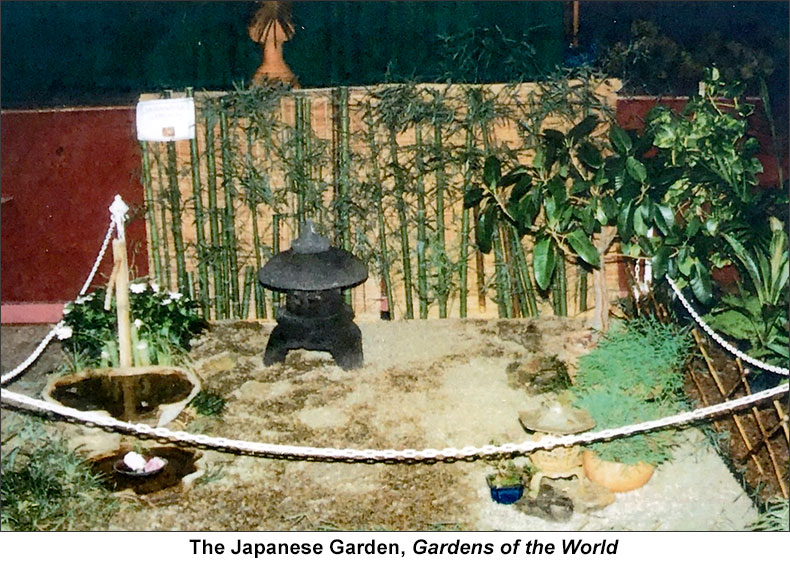 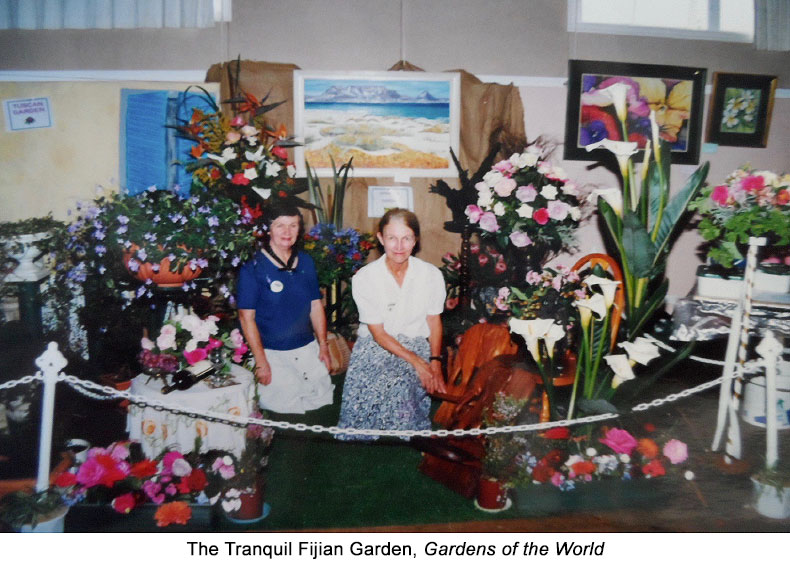 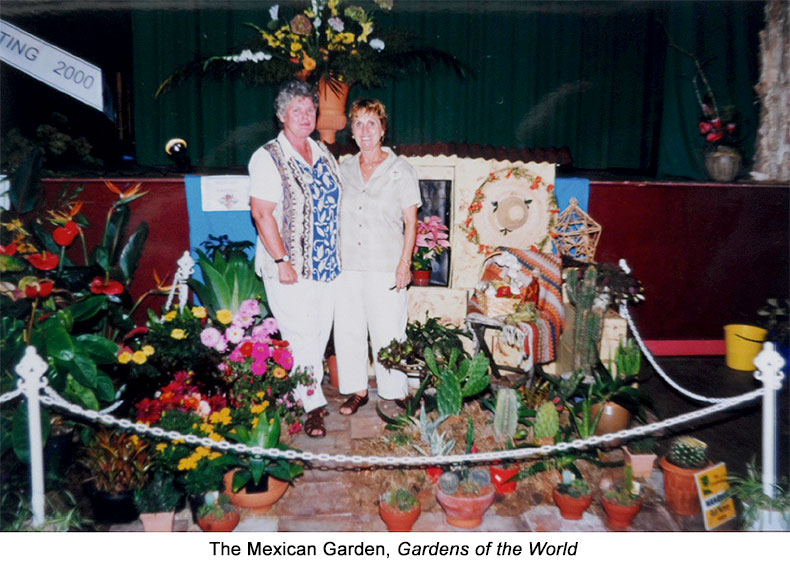 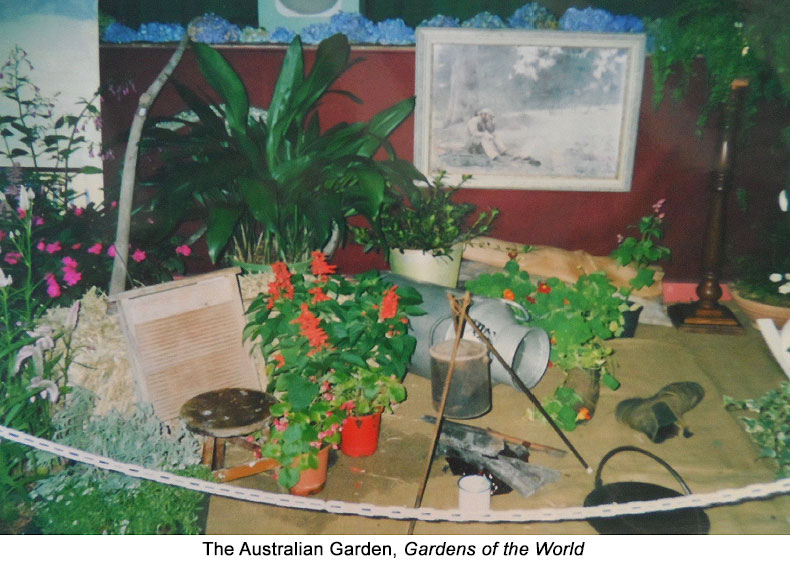 Montville Camelia Festival: It was decided our Club would compete in the Floral competition at the Montville Camellia Festival again this year, Molly Cock, Jo Tedman, Norma McLeod, Margaret Stevenson, Nancy Schafer, Di Falconer & Marianne Parry expressed interest in participating. A lot of Camellias will be needed for this, they can be left with Marianne Parry or Margaret Stevenson before the event.

The forty eighth Annual Meeting and Election of Officers was held on 26 September.

It was proposed by that $300.00 be donated to The Salvation Army and the Kids Club for Christmas plans. All were in favour.