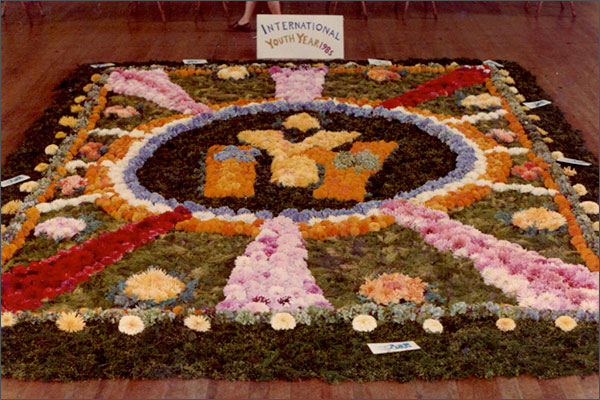 Mrs N. Pratten congratulated those responsible for the beautiful carpet which was a feature of the Autumn Fair. Theme – International Youth Year.

Mr P. Prentis advised that he will be updating albums of Floral Carpets. Mr Prentis also suggested that we invite original members to the Annual Meeting.

The thirty third Annual Meeting and Election of Officers was held at the RSL Hall on 24 September.

A copy of the Rules and Constitution was tabled and discussed. It was decided that a special meeting be held prior to the next monthly meeting in January. Carried. It was suggested that those people who may not wish to get up and speak write down their suggestion and table same for general discussion.