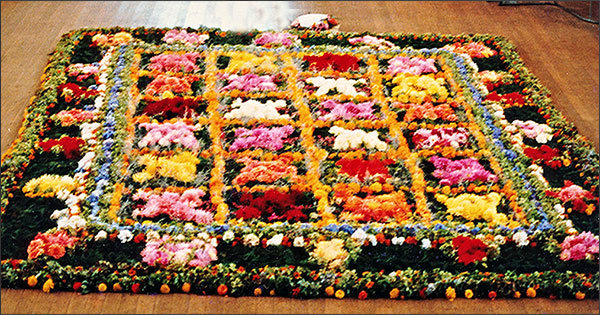 No minutes have been discovered for the first six months of 1996.

In keeping with their theme “A Patchwork of Flowers” members of the Maleny Garden Club adorned the walls of the Community Centre with beautiful patchwork quilts for the Autumn Show last week. All the work of Maleny craftspeople, these quilts ranged from intricate traditional designs to stunning colourful contemporary pieces – a fitting compliment to the various floral and plant displays. The Floral Carpet, a feature of the Annual event, was a replica of one beautiful quilt made by Daphne Menzies. What a shame our paper is not in colour! Pinks, crimsons and mauves were laid out on a white background to make the exact pattern of the quilts panels. This involved a great deal of attention to detail and ingenuity in the choice of flowers which were just right for each element of the design. Six garden Club members, Dianna Bryce, Beverley Campbell, Carolyn Clark, Robyn Conroy, Lyn McGrath and Marianne Parry designed the carpet. They were ably assisted eight “cutters” in putting it all together – to create a veritable work of art. Money raised from the Show will be donated to local charities. 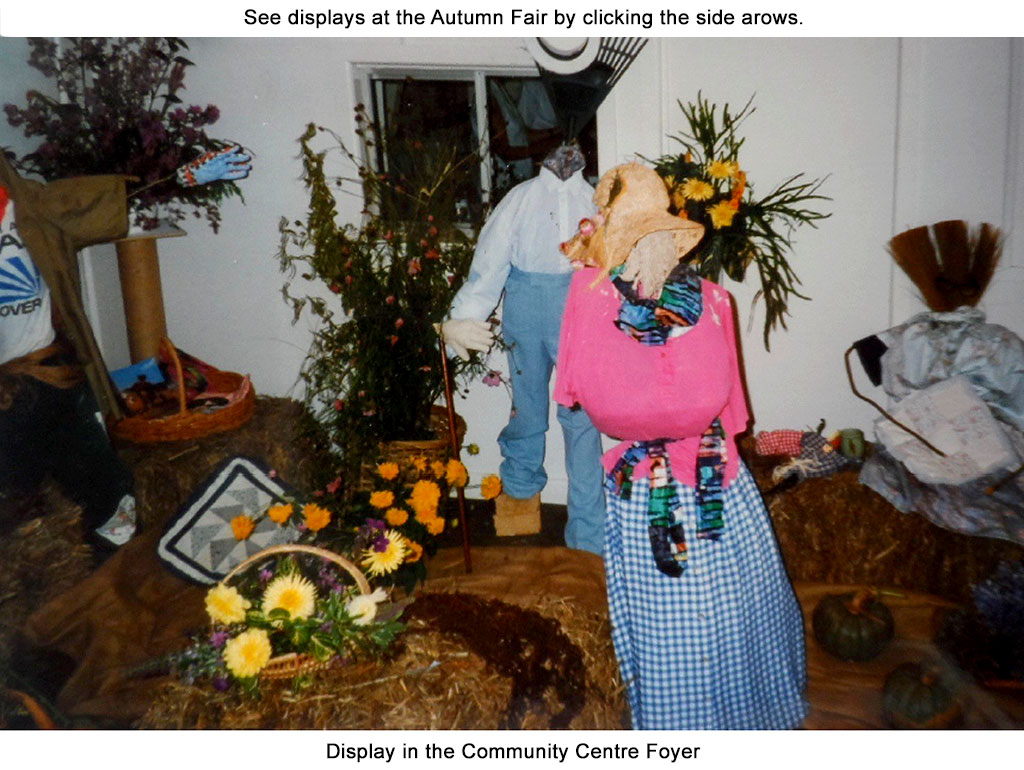 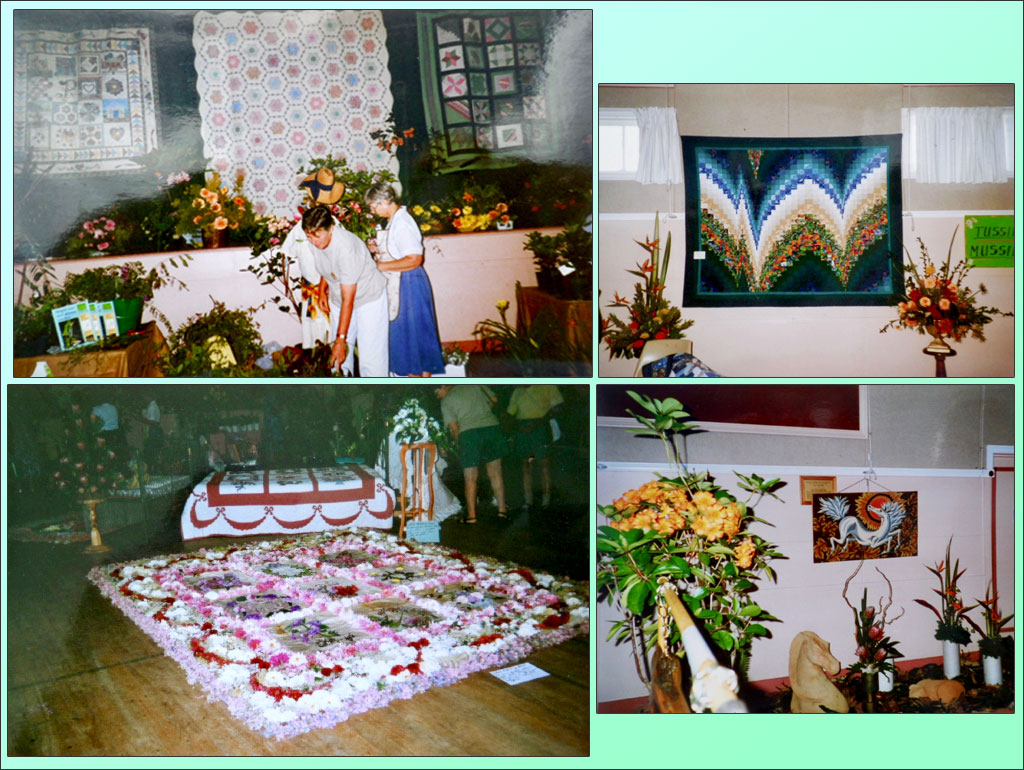 The forty fourth Annual Meeting and Election of Officers was held. No record of venue or date has been discovered.

Distribution of Funds from the Spring Fair: There was a lively discussion on this. Keeping money for running expenses was stressed. There was a majority supporting the Community Centre again. A motion was moved to split 50% of $3,000.00 to Community Centre and 50% to four other groups: Ambulance for a mannikin;  Merry Makers for a second hand wheelchair; Mark Surakowski for aid with volunteer expenses; Carers Group, the balance to be equally divided between these groups,

Other Donations: Joyce Butterfield has donated $240.00 to the Club from proceeds from refreshments from her recent Open Garden Day. A big thank you to Joyce. It was reported that Marion Lanham donated $1,600.00 to the Leukaemia Foundation from her Open Garden Day. Both gardens were very successful.

Distribution of funds from the Spring Fair were discussed and some dissatisfaction noted with the result. iI was decided to contact Di Bryce regarding sending the cheque to help Mark Surakowski. to the Hospital Auxiliary. Other monies to be distributed as decided at the General meeting. It was suggested that we also help the Rural Fire Brigade with surplus money. It was decided that members be asked at the January meeting to think about, and submit in writing at the February meeting, written requests re donations to local worthwhile charities thus giving times for decisions to be made in advance. Val Rickarby suggested keeping float money of $340.00 from the Autumn Fair and $375.50 for the Rural Fire Brigade. This was passed with members to be told at the next meeting.

Newsletter: The possibility of a newsletter was discussed, maybe two per year, hand delivered where possible. The discussion is to be taken to the General meeting. Shirley showed the meeting.

A plaque was received from Maleny Ambulance in appreciation of the ongoing support they get from our club.