Based on the Waltzing Matilda Centenary 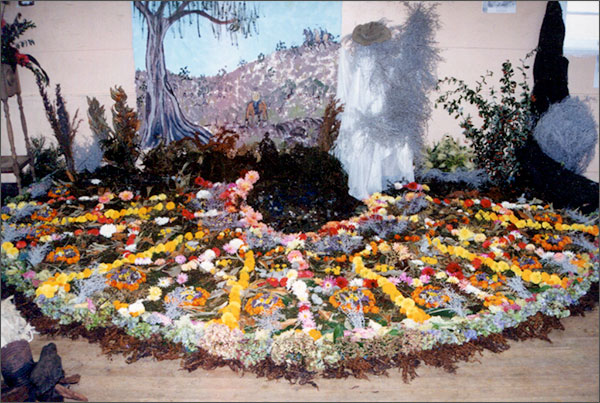 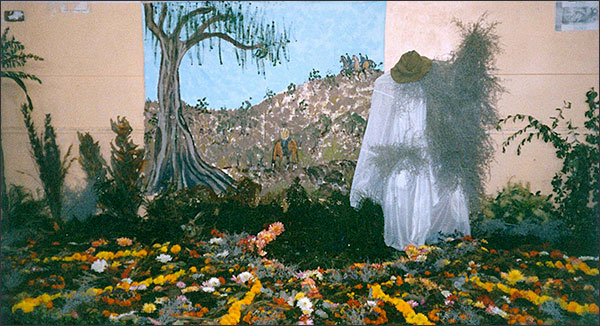 Backdrop to the Floral Carpet

Carolyn Clark reported on the work that she and her Management Committee have been doing to organise the Autumn Flower Show and listed these sections to Fair:

Carolyn put it to members that it will be a great event and it may be a good idea to have an opening night on 15 March with wine and cheese night to celebrate the opening. This motion was accepted with all members in favour.

Promotion of Donations to Local Organisations: President Pat Powell opened this meeting in Maple Street on the footpath in front of the Community Centre. The reason for this being the presentation of three cheques which were received by three local organisations.

All this money was raised during our Autumn Flower Show in March 1995. Photos were taken by local Range News for publication in our local paper.

The forty third Annual Meeting and Election of Officers was held in the Maleny Community Scout Hall on 29 August.

Our constitution allows another type of member to join our fold, that of Honorary Member. We recognise someone who willingly shares with us his knowledge both horticulturally and media wise. May we bestow on Colin Campbell, Honorary Membership. Our Congratulations.

Distribution of proceeds of the Spring Fair: It was realised that our membership fees no longer covered the cost of running the Club. It was recommended that we keep $400.00 in reserve and distribute $2,300.00 as follows

Questionnaire: A questionnaire is to be prepared by the committee and sent to the members to see what they want from our Club.