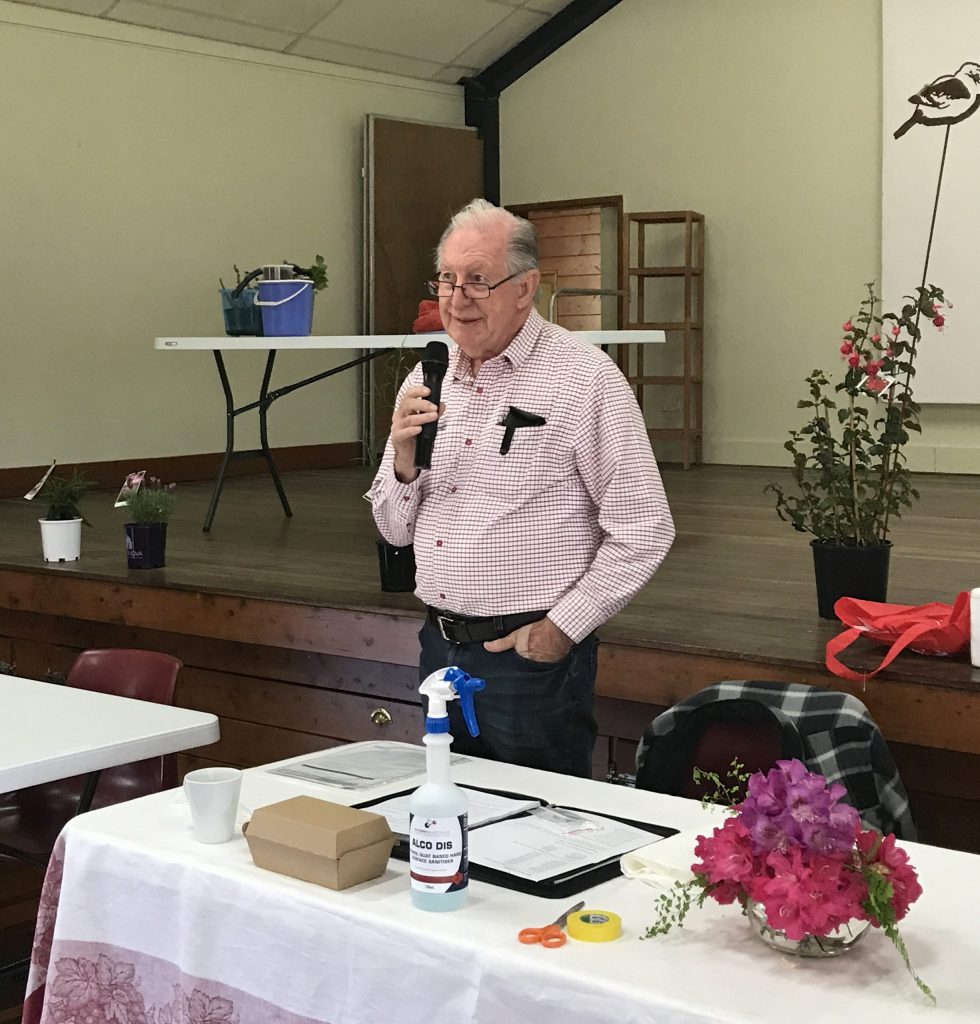 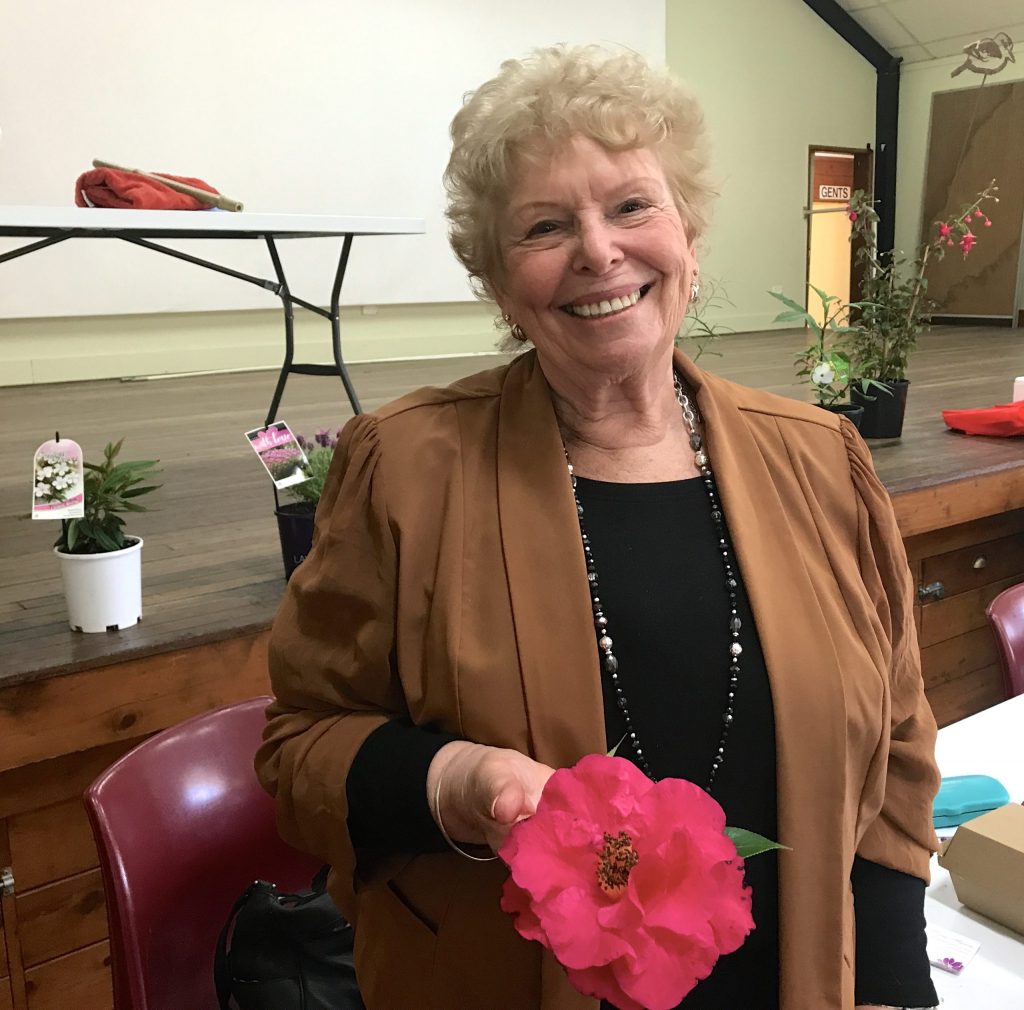 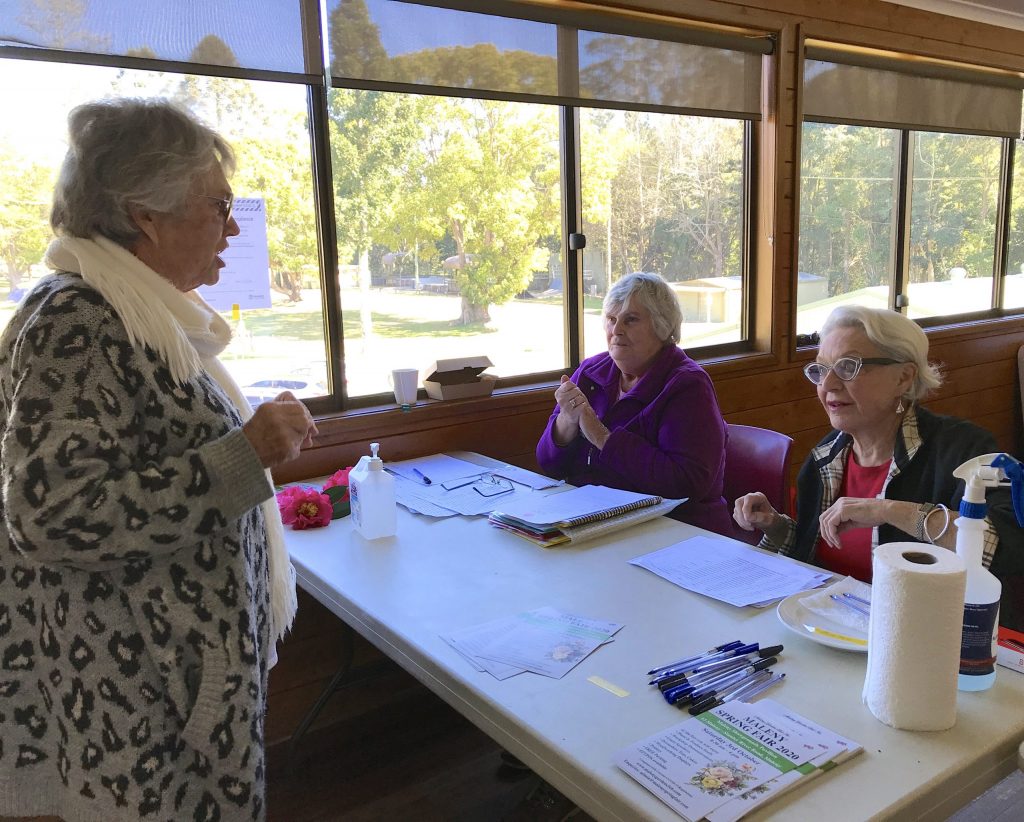 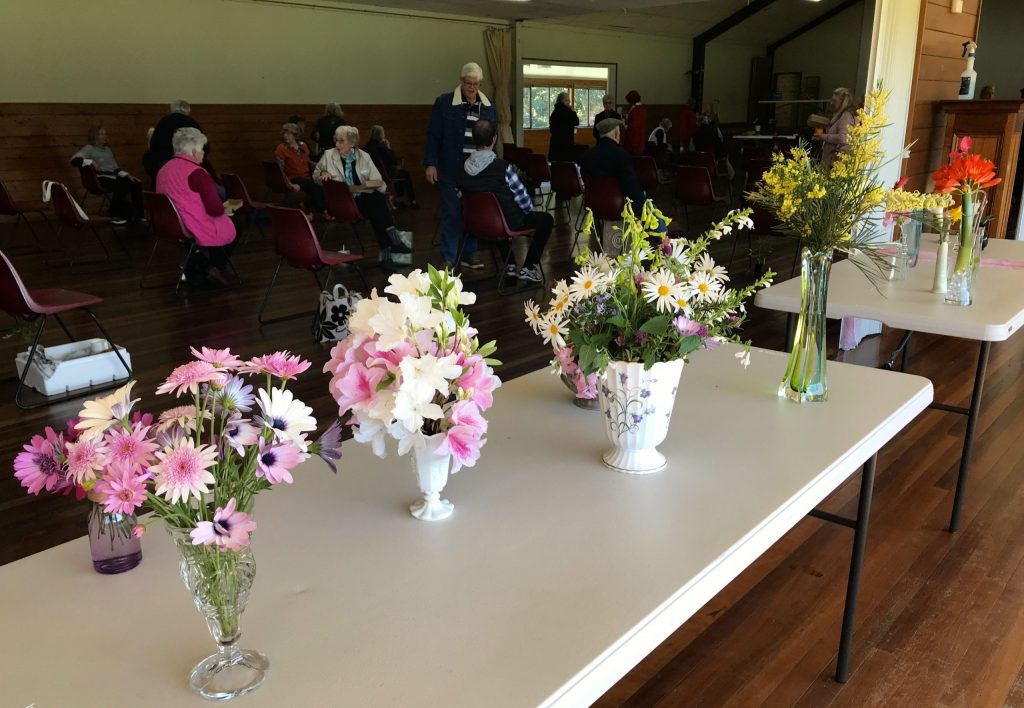 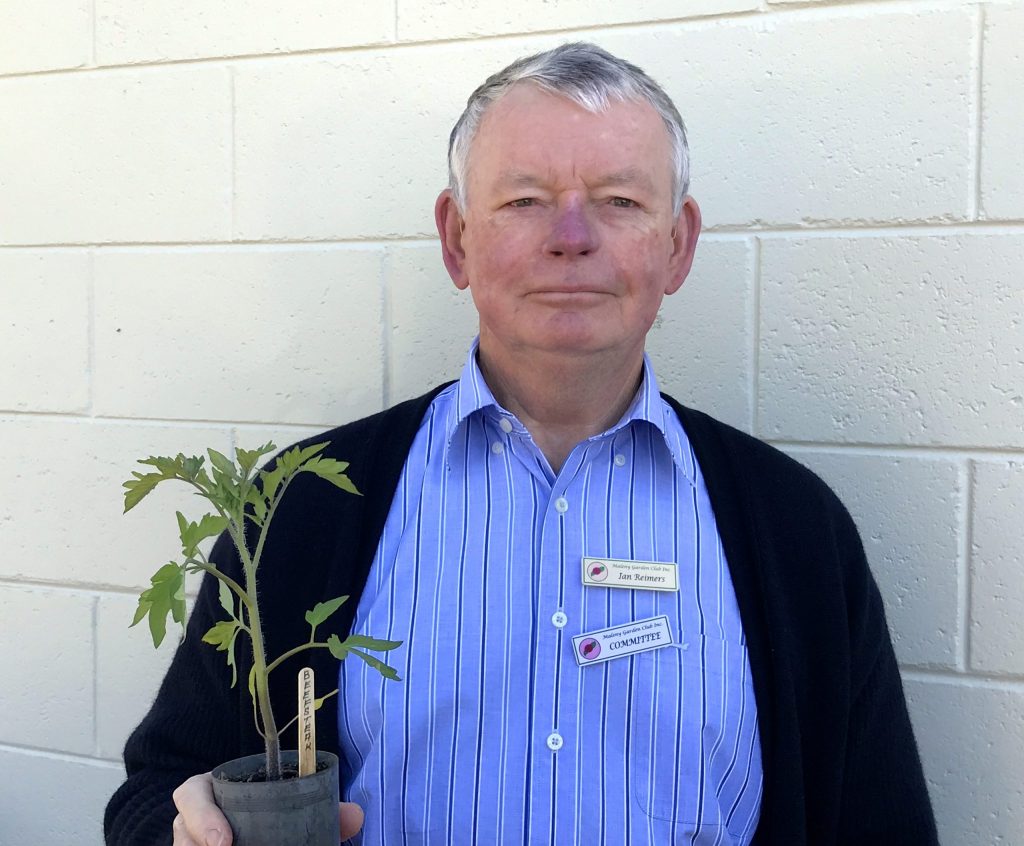 Ian Reimers will share his tips on raising delicious tomatoes 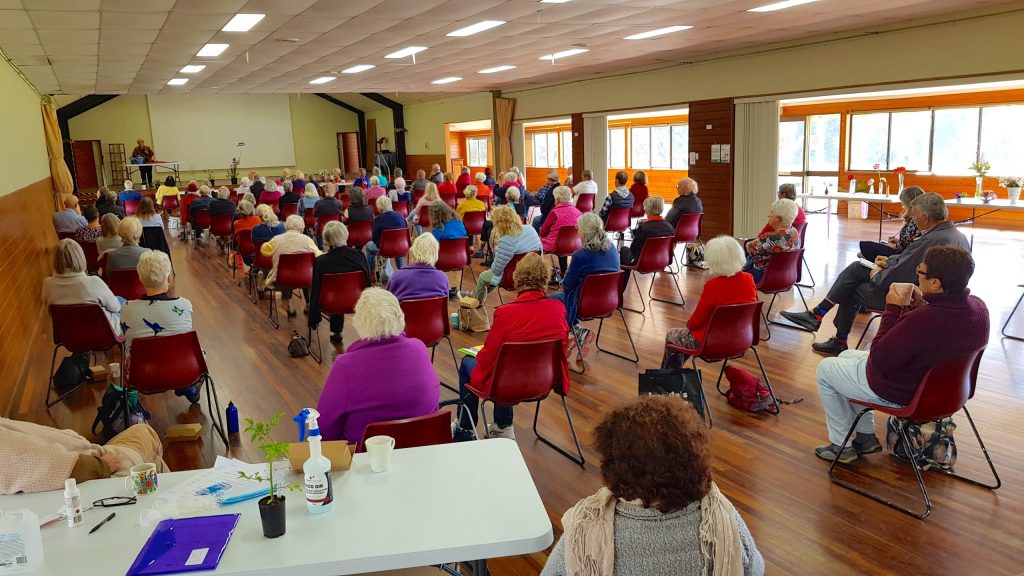 It was a meeting with a difference on August 25 when about 80 people (including several visitors) were able to gather for the first time since late February.

Our venue – the Maleny Showground Pavilion – allowed us to be “socially distant”, sitting on sanitised chairs and following other COVID protocols, as ordered by the Queensland Government at this difficult time.

(Thanks to Julie Reimers for providing the photo of our gathering).

Former President Dot Jupp and Vice President Marnie Trass greeted us as we waited in line to enter the building to sanitise our hands and sign in. These smiling faces – and Ian Reimers offering us his top tomato seedlings – all made this new situation a little easier.

Other changes included a packaged morning tea, a flower and vegetable display (in lieu of the usual competition) and a free ticket for the door raffle.

It was the first time new President Bill Henman was able to address the members in person – with updates about the Spring Fair on October 3 (program and speakers), as well as the Settlers’ Green project (the camellias have been flowering and there will be a working bee to install garden edging soon).

Our guest speaker was Penny Hegarty who shared her extensive knowledge of propagation and seed-raising.

Penny has previously operated several nurseries and currently runs the local Community Garden and is a judge at the Maleny and Nambour Shows.

She runs garden tours in Australia and overseas and does garden talkback with Sunshine Coast FM radio station 104.9 on Saturday mornings from 8am to 9am.

Penny’s gardening journey began in Victoria and she found moving to Bowen in Queensland an opportunity to learn about and grow tropical plants while working for the council and operating plant nurseries there.

Thirty years ago she moved to the Sunshine Coast becoming involved with the local shows and in leadership at the Nambour garden club. I found this article about an award she received in 2017 – click HERE to read more)

Penny believes there is no such thing as a bad gardener, just someone who has been given the wrong advice! How encouraging!